A downloadable game for Windows

blipo is a simplistic 2D Puzzle game. The aim is to move the player from the starting point to the finish tile. I have never made a puzzle game before. This was something completely new for me and I thought the freestyle week would be a great opportunity to just go for it.

The game's forte is that its rules are extremely clear. You have:

The entire game revolves around solving small to medium-sized puzzles in as few turns as possible. I wanted to make sure that the player was having fun while also maintaining a challenge for them so I used extremely short iteration cycles while trying to make puzzles deep enough that they could not be solved through basic brute-forcing.

In his book "A Theory of Fun for Game Design", Raph Koster writes about something he calls "groking". This is where a player intrinsically absorbs a game's mechanics in order to gain the ability to understand and replicate them. His theory trudges along the lines of "if you're learning, you're having fun" and that once a game has stopped teaching you, it becomes stale.

This, as well as concepts of "flow" inspired me a lot and I always wanted to make sure that my puzzles were filled to the brim with grok and consistently immersed the player completely.

Furthermore, I desired to keep the game very pure, that's why I used primitive shapes instead of sprites or models. I didn't want any distractions during game play and I needed to make sure that even the shape of something would be meaningful in identifying it (see Bouba-Kiki study)

Designing a solid game: "What does the player feel when they see this? What do they feel when..."

I believe in using an emotional approach rather than a numerical one for game design.

Game made entirely in Gamemaker Studio

All music was composed and recorded in Sunvox

All Sound Effects were made in SFXR

Game Icon and Banners were designed in GIMP 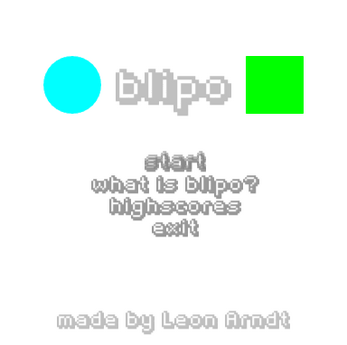 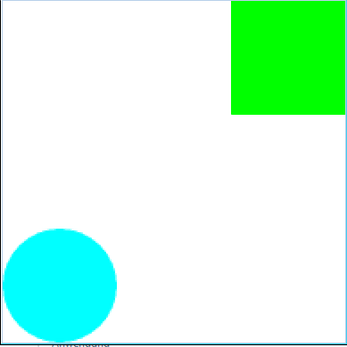 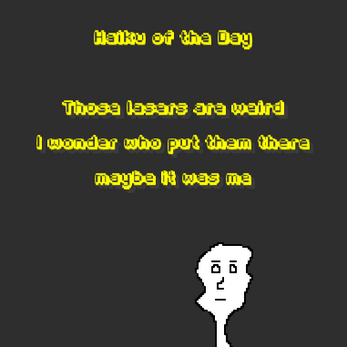 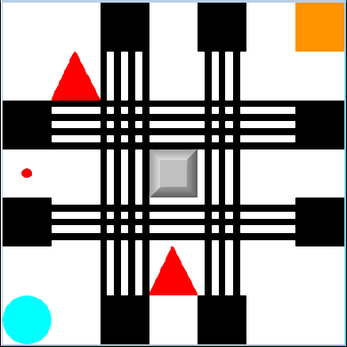